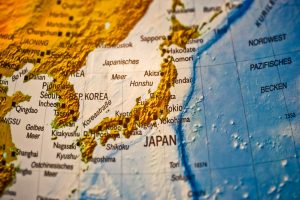 Known as the Reconciliation and Healing Foundation, the foundation was created in 2016 by the Korean and Japanese governments with Japanese funding. The goal was to grant financial support to wartime Comfort Women, Korean Comfort Women in particular, who worked in military brothels of the Japanese Imperial Army. However, the president of South Korea, Moon Jae-in, said that its government has agreed to break up the foundation it set up with Japan, indicating the latest impediment to efforts to make better bilateral relations and prompting a protest from Tokyo.

The decision of disbandment, according to Gender Equality and Family Minister Jin Sun-mee,  was under the notion of putting the interest of the victims first and that the government will carry on to work toward bringing back honor and rebuilding the dignity of the victims.

Subsequent to the announcement, Japanese Prime Minister Shinzo Abe insisted on Seoul to handle the concern “in a responsible manner as a member of the international community.”

Abe told reporters, “The accord was agreed upon as a final and irreversible solution… If international agreements are not observed, relationships between countries will simply break down.”

Japan’s Ministry of Foreign Affairs beckoned Lee Su-hoon, South Korea’s ambassador to Tokyo and settled a protest in opposition to the decision. “It is unacceptable. We will continue to press South Korea to honor the agreement,” Foreign Minister Taro Kono said. 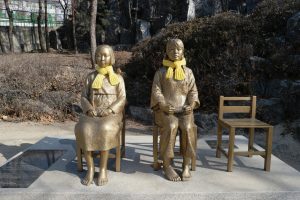 Signed by Abe and Park GeunHyee, South Korean President, the agreement was intended to set the issue which is emotionally charged to rest. The argument is a regular source of diplomatic tension as Korean groups attempt to put up statues of victims around Japanese diplomatic missions in South Korea.

Relations between Moon’s liberal-leaning government and Abe’s conservative one have soured, as demonstrated by the two leaders passing over formal talks during the Asia-Pacific Economic Cooperation summit in Papua New Guinea.

The bilateral ties have stayed overshadowed by historical issues. Recently, a ruling in the South Korean Supreme Court on Oct. 30 ordered a Japanese company to shell out compensation to Korean workers during the war ignited a diplomatic uproar, as it upturned the long-held bilateral understanding that the issue was settled when the both countries stabilized diplomatic relations in 1965.